South Bound Brook, New Jersey is a small borough located in Somerset County with a population of 4,804 as of 2021, according to the US Census. It is situated on the Raritan River and is known for its historic buildings, including the South Bound Brook Presbyterian Church, which was built in 1737. The borough is home to several parks, including Washington Park and Memorial Park, as well as a variety of restaurants and shops. South Bound Brook is a great place for families to live, with plenty of activities and amenities to enjoy.

The average rent for an apartment in South Bound Brook is $1,600. The cost of rent varies depending on several factors, including location, size, and quality.

The average rent has decreased by 0.00% over the past year.

Memorial Park is a beautiful outdoor space located in South Bound Brook, New Jersey. It features a large pond, a playground, and plenty of open green space for visitors to enjoy. There are also plenty of walking paths and benches for visitors to relax and take in the scenery. The park also has a memorial dedicated to those who served in the military, as well as a memorial to the victims of the September 11th attacks.

Abraham Staats House is a historic house museum located in South Bound Brook, New Jersey. Built in 1751, it is one of the oldest surviving Dutch Colonial houses in the state. The house is a two-story, five-bay, gable-roofed frame structure with a large central chimney. It features a large Dutch-style gambrel roof, a two-story porch, and a large stone foundation. Inside, the house has been restored to its original 18th-century appearance, with period furniture, artifacts, and documents. The house is open for guided tours, and visitors can learn about the history of the Staats family and the house itself.

The National Guard Militia Museum of New Jersey is a unique attraction that celebrates the history of the New Jersey National Guard. It features a variety of artifacts, photographs, and documents that tell the story of the state's militia from the colonial era to the present day. Visitors can explore the museum's interactive exhibits, which include a replica of a Revolutionary War encampment, a Civil War-era fort, and a World War II-era barracks. The museum also offers educational programs and special events throughout the year.

How does South Bound Brook compare to other cities in New Jersey ? 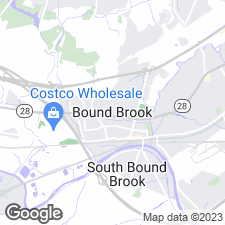 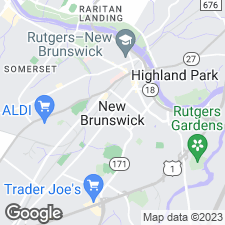